Our responsibility to you

A family company dedicated to quality

For over 120 years, our clients and partners have looked to us to be their local interface with the healthcare community in Malta. We are proud to say we have always delivered.

Established in 1888, Alfred Gera started out as one of Malta’s first pharmacy retailers. Under the name of ‘Economical British Dispensary’, Alfred Gera imported galenicals and base chemicals from which medical compounds could be prepared and dispensed. Our founder’s vision to offer quality products at a fair price led the business to flourish.

When Alfred Gera’s sons, Alex and Victor, took over the running of the operation, the business began to supply other independent pharmacies in Malta and Gozo. Diversification into distribution had begun and paved the way for the company’s future direction.

Following the Second World War, the Gera family sold the pharmacy chain to focus on the distribution of pharmaceuticals at a time when prepackaged pharmaceuticals were starting to permeate the market. This emphasis on distribution continued and as opportunities arose, was extended to other retail categories such as personal care and food products.

Excellence is at the core of what we do, ensuring that we retain our leading position in local pharmacy distribution and other channels. A drive for innovation has ensured that we remain strong players in the sectors within which we operate.

Continuing the tradition of excellence. We are proud of our heritage and continue to operate under the name of our founder.

We have a new generation of managers in all our areas of operation who continue to uphold the core values of Alfred Gera & Sons Ltd. which are still as relevant today.

Entrusted with the distributorships of top international brands, we have built long lasting partnerships with our suppliers. We listen to our clients, regularly conducting market surveys. In order to remain leaders in our market, we must evolve with its changing needs.

We consistently strive to represent each brand as if it were our own  – in line with the values the brand owners embrace while duly tailoring the approach to suit our local cultures and work practices.

We offer full logistical facilities out of a strategically located office/warehouse complex. We also believe in using technology to help ensure swift, efficient and reliable delivery to every client. We constantly adjust our goal posts to ensure compliance with changing international standards. 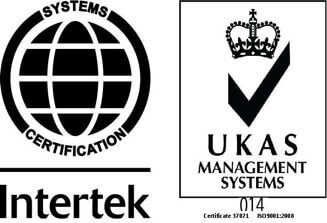 Our managers and employees are in many ways like our extended family. Their ongoing loyalty and dedication have helped us become who we are today. This is essential to Alfred Gera & Sons Ltd.’s ongoing success.

This website uses cookies to improve your experience while you navigate through the website. Out of these, the cookies that are categorized as necessary are stored on your browser as they are essential for the working of basic functionalities of the website. We also use third-party cookies that help us analyze and understand how you use this website. These cookies will be stored in your browser only with your consent. You also have the option to opt-out of these cookies. But opting out of some of these cookies may affect your browsing experience.
Necessary Always Enabled
Necessary cookies are absolutely essential for the website to function properly. This category only includes cookies that ensures basic functionalities and security features of the website. These cookies do not store any personal information.
Non-necessary
Any cookies that may not be particularly necessary for the website to function and is used specifically to collect user personal data via analytics, ads, other embedded contents are termed as non-necessary cookies. It is mandatory to procure user consent prior to running these cookies on your website.
SAVE & ACCEPT